Uganda sees itself creating 50,000 new jobs and generating USD 650million in additional export revenues annually if it can pull off a new strategy for its cotton, textiles and apparels (CTA) sector.

Part of the strategy envisages concentrated investment that would see five new vertically integrated textile mills set up over the course of eight years to raise the proportion of value addition to the cotton crop while also using imported fabrics to tap into the finished garments market in the short run.

From a high of 120,000 tons annually on the late sixties, Uganda currently produces just over 30,000 tons of lint. Only ten percent of this is processed into yarn and fabric by the two existing integrated textile mills while 90 percent is exported as baled lint.

Uganda imported $252 million worth of cotton, apparels and textiles products in 2018, suggesting a significant domestic market for a revamped CTA sector. In the same year, exports by the sector fetched just $22million.

Stakeholders believe that if executed well, the strategy should lead to increased fibre cotton production, scaled up domestic value addition and thousands of new jobs. Besides the need to address structural and policy bottlenecks that currently hamper development of the cotton value chain however, there will be a need to establishment five new vertically integrated textile mills. In addition to increasing value addition to Uganda’s cotton output, the factories would employ 50,000 workers earning a combined $50 million annually.

The strategy proposes a two pronged approach that would simultaneously revive the cotton production value chain and investment in export oriented apparels and garment production factories that would initially rely on imported fabric. This approach is informed by the fact that cotton makes up only 20 percent of the fabrics used by the global garments industry with the other 80 percent coming from synthetic sources.

According to junior minister for trade Mr. Michael Werikhe, the proposed strategy is good because it addresses the lower and upper aspects of the value chain, creating quick wins such as rapid employment creation at the upper end and sustainable cotton value chain development at the lower end.

“We have a good plan and all we need to do is to make sure that we implement it,” he said reminding stakeholders that Uganda was notorious for developing good plans that it has been slow to implementing.

With only two integrated textiles and garment plants operational, Uganda earns $20 million from lint and apparels exports annually. Only 10 percent of the 30,000 tonnes of lint that produced is currently processed into fabric with production mainly serving the domestic and regional markets. Under the strategy, the proportion of processed lint would be progressively raised to 75 percent of production or 20,000 tonnes annually based on current output.

According to the National Planning Authority and Msingi East Africa that jointly developed the CTA strategy, Uganda’s poor export performance in the apparels sector is attributable to poor efficiencies at the factory and product quality level, as well as non-compliance with international standards.

“While Ugandais in a position to sell its cotton lint, the recommended action is for it tosell quality value addedyarn and fabricinto the region and to become a primaryproducer of apparel for the domestic, regional and international markets,” the strategy partly reads.

With 41 percent of the youth out of active employment and 48percent self-employed in low paying economic activity, reactivation of Uganda’s CTA value chain is being seen not only as a pathway to breathing new life into Uganda’s industrialisation agenda but also boosting national income. Planners see the CTA sector generating $650million in export revenues annually if the strategy is implemented.

“We face critical choices and there is a need to prioritise resources. If we choose the right industries, we can convert our young labour force into an asset,” says Msingi East Africa Executive Director Ms Aggie Konde.

A group of Ugandan CTA stakeholders recently visited India ansd Sri Lanka on learning tour where they picked lessons on how the two countries have been able to establish a successful CTA industry that is now playing on the global stage.

Led by Werikhe, the delegation visited Shahi Factories, India’s largest apparel manufacturer that operates 65 garments factories across none states and three processing mills. The company employs more than 100,000 workers throughout its integrated operations where 80 percent of raw material requirements are met by its own integrated plants.

The delegation observed that government support through macro-economic policy and development of key infrastructure such as Export Processing Zones, efficient logistics systems, skills development and marketing was critical to development of a successful CTA sector.

Commenting on the Ugandan strategy, stakeholders observed that unlocking affordable finance was critical given the capital intensive nature of the business. According to Richard Mubiru, the director for corporate affairs at Picfare Group which operates Nytil Southern Range, raising the level of value addition to cotton from the current levels to 75 percent of the crop, would roughly hundreds of millions in new investment.

“You would need an additional 125,000 new spindles and the rule of thumb is that you need a $1 million to set up a single spindle and its associated equipment,” he said.

He added that kind of money will only come into the sector after policy alignment at the regional level to put in place adequate protections through an enhanced common external tariff structure to protect local producers from imported synthetic fabrics. 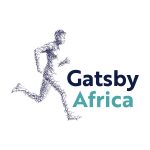